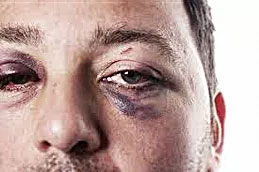 The idea that only women can be victims of domestic violence is a long-held misconception. After all, men are generally larger, stronger, louder than women. But at least 25% of reported victims of domestic violence are men. According to Ruth Glenn, executive director of the National Coalition Against Domestic Violence, men and women abuse their partners for the same reason, to assert and maintain power and control. Unfortunately, in our patriarchal society, domestic violence allegations by a man that he has been abused by his partner often lead to him being perceived (by himself or others) as weak. Men who have ceded power and control with respect to finances, children, household, and general decision-making to their partner are often most vulnerable to domestic violence. 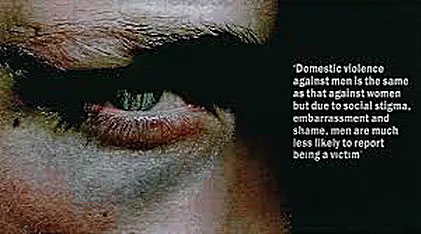 New Jersey courts have recognized that domestic violence is a serious problem in our society. Described as a “pattern of abusive and controlling behavior injurious to its victims,” domestic violence presents a grave threat to the family and society itself. Even when sympathetic to the victim, many people don’t understand why a woman who is being abused by her husband or boyfriend doesn’t just leave. When the roles are reversed, and the man is the victim of the abuse, people often do not even take the victimization seriously. But anyone who’s been in an abusive relationship knows that it’s never simple. Ending a relationship, even an abusive one, is rarely easy. Most important, victims often fear that any attempt to end the relationship will lead to physical retaliation.

Why don’t men leave? Here are just a few of the reasons:

You want to protect your children. You worry your spouse will harm your children or prevent you from having access to them. Many men fear that the courts will not recognize that the victim can be a he instead of a she, and that the result will be complete separation from his child(ren). In any domestic violence situation, you have to take care of yourself, particularly where there are children involved. Although they may not be direct victims, children often suffer just by witnessing their father being belittled, assaulted and/or harangued.

Many victims feel great shame that they’ve been beaten down physically, emotionally and/or verbally. And male victims may feel enhanced shame over the fact that they’ve been victimized by a woman, or believe that he has failed in his role as protector and provider.

Religious beliefs Many religions discourage or even forbid divorce, and a man may believe that he must stay. It could also be that his self-worth is so low that he feels this relationship is all you deserve.

Many men have difficulty being believed by the authorities, or their abuse is minimized because they’re male, and find that there are few resources available for male victims.

Perhaps you’re in a same sex relationship but haven’t come out to family or friends. Or maybe you’re afraid that other embarrassing details about your sex life will become public if you leave. Men in particular can be unwilling to disclose the details of an abusive relationship and risk the embarrassment of it going public.

Just like an alcoholic, the first step to a better life for a victim of domestic violence is admission of the problem. You may believe that what you’re enduring is not “real” abuse, because you have no physical marks, or even because the abuse (while cruel and injurious) is not physical. You may even believe that you can help your abuser to become a better person, or keep the repeated (and repeatedly broken) promises to change. Again, men in particular may be unwilling to characterize certain behavior as abusive because it doesn’t fit society’s preconceptions of male-female relationship. Remember, change can only happen once your abuser takes full responsibility the behavior and seeks professional treatment.

If you are the victim of domestic violence, remember three things: