John Rue & Associates was founded as The Law Offices of John Rue, LLC (a solo practice) in May 2014.
For the first two and half years, the Firm was located in rented rooms upstairs at First Congregational Church in Montclair.
From the start, the Firm’s focus was on special education litigation. One of its first engagements was representing an amicus, the New Jersey chapter of the International Dyslexia Association, in the Third Circuit. W.D. v. Watchung Hills Reg’l High Sch. Bd. of Educ., 602 F. App’x 563, 566 (3d Cir. 2015).
The Firm also scored a victory for parents in this period in D.W. v. Fair Lawn Bd. of Edu., OAL dkt #18908-16 (N.J. Adm. Dec. 21, 2016), in which Administrative Law Judge Barry Moscowitz granted emergent relief enforcing the stay-put, despite the fact that the parents had not filed within the fifteen day deadline, because the district had not actually moved the student in the meantime. Judge Moscowitz held, therefore, that the stay-put protected the placement that was actually in place at the time the petition had been filed.
Also in late 2016, the Firm successfully obtained summary decision in D.O. v. Jackson Bd. of Edu., in which Administrative Law Judge Robert Bingham II held that the failure to even propose an IEP was, in itself and without more, sufficient to warrant a finding that the child was deprived of a FAPE. Unfortunately, though, Jackson failed to comply with Judge Bingham’s order, or even make any reasonable attempt to do so. So the Firm filed a complaint in federal court to enforce it, and for attorneys’ fees.
After winning the Jackson case, the firm expanded (changing its name to John Rue & Associates, LLC) and moved to new offices in Bloomfield.
During this period, the Firm’s OPRA practice exploded, and it started taking on higher stakes special education matters. In the last few years, the Firm has represented non-profit Innisfree Foundation in actions seeking access to settlement agreements between school districts and parents of children with disabilities in formally filed disputes over the provision of special education services.
In January 2019, Mr. Rue argued two of these cases before the New Jersey Supreme Court.
In July 2019, the Supreme Court issued an inconclusive decision (two competing concurrences were filed, with no majority opinion) and, after a remand, the cases are continuing in Camden. The Firm still hopes that Innisfree will eventually gain access to the records it seeks, so that other parents in each relevant community can see if they are being treated fairly.
The Firm moved to Sparta, New Jersey in the fall of 2018, and then to Lake Hopatcong in December 2019. We are now comprised of three partners including Mr. Rue. Krista Haley joined the firm and is now our Chief Trial Counsel. Donald Soutar joined as counsel and was subsequently promoted to Managing Partner.
In addition, the Firm also has one counsel (Lisa Quartarolo), three associates (Saran Edwards, Philippe Sepulchre, and Kenneth Walk), two law clerks (Latiah Griffin and Beth Shust), and two paralegals (Sean Dalrymple and Anne Roque).The Firm is currently litigating a mixture of high profile, legally important, discrimination, and special education cases.
Most significant, in May 2019, the Firm filed a class action complaint against the New Jersey Department of Education, alleging that the state routinely fails to comply with the federal regulations requiring resolution of due process hearings within forty five days. Five other firms signed on to the same complaint, and all of them (plus one more that filed a separate complaint) have agreed that John Rue & Associates should be named class counsel when the time comes.
Our goal in the case is to obtain a change in the dispute resolution system whereby all special education disputes will be resolved within forty five days. But we also seek a declaratory judgment, whereby any family that has been injured by the Department of Education’s failure to comply with the timelines in the past could bring a separate claim against it for compensatory relief.
In the summer of 2018, the Federal District of New Jersey entered an order in D.O. v. Jackson, providing a $90,000 fund to the parent for compensatory education to benefit the child. In the spring of 2019, the same court issued an attorneys’ fees award in that case of approximately $389,000.
With the receipt of these fees, John Rue & Associates entered a new chapter of its life. We call this milestone the “End of the Beginning.”
The Firm’s tagline is “doing well by doing good.” By that, we mean that if we do the right thing, success (as it is conventionally understood) will follow. So far, that has proven out for us.
In addition to fighting important cases for the education rights of children with disabilities and their parents, we routinely work with our clients on our fee structures, to try to make sure that our legal services remain affordable to regular people.
And when the facts and the law of a case are crystal clear to us, we often take the risk of accepting representations without any guarantee of payment by the client at all, relying only on our anticipated right to prevailing party fees. (Of course, if a client waives those fees, they become liable for them.)
This is all part of our mission to ensure equal access to justice in the education law area. 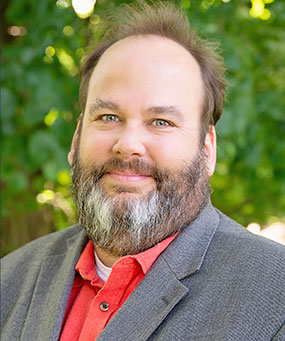 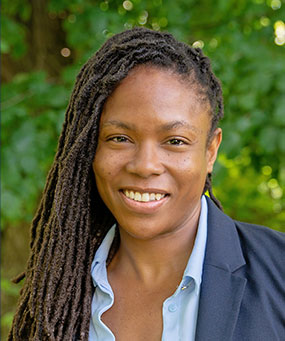 Initial Consultations are $50 for all matters